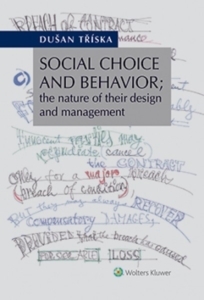 The book is yet another attempt to overcome gaps between various branches of societal research, namely those between economic theory and legal scholarship. Its methodological thrust has been compressed into three postulates, where:

Thesis A advices analysts to conceptualize social phenomena as outcomes of a relationship between Designers and their Designees.

Thesis B claims that Designers do not design behavior of Designees but only their tasks that, then, may or may not be fulfilled by the Designees’ factual behavior.

Thesis C seeks to convince the reader that a Designee – as an agent – involves a triad of adjacent agents, namely a Beneficiary, Defendant and Manager.

The three theses are presented, somewhat paradoxically, as fundamental contributions of the intellectually inferior legal scholarship to the scientifically superior economic thought.

As regards practical impacts, the book would like to inspire designers of real- world processes including their support by information technology.